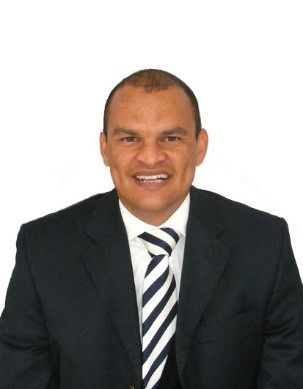 He received various awards at UP including Academic Honorary Colours in 1993.  He completed his LLM degree in Human Rights and Constitutional Law at UP in 1996.

On the practical side, he attended the full time (6 month) Practical Law School presented by the Association of Law Societies (ALS).

He completed his articles at Rooth & Wessels Attorneys in June 1995.

He was appointed as a Professional Assistant at Rooth & Wessels in July 1995 and worked there until the end of 1995.  In 1996 he joined the Financial Services Board as a legal advisor. He is currently a partner in the law firm of  RORICH WOLMARANS & LUDERITZ Attorneys and a director of LEGAE TRUST (PTY) LTD.

Juanito Damons is on the panel of the Master of the High Court as professional liquidator. Mr Damons has more than 10 years’ experience as a liquidator and also receives appointments as a business rescue practitioner and as a curator in pension funds on a regular basis.

He has served as the Chairperson of SARIPA (South African Restructuring Insolvency Practitioners Association) for 13 years.

In December 2017, Mr Damons was appointed by the High Court, Pretoria on application by the Financial Services Board as a curator of the Municipal Councilors’ Pension Fund.